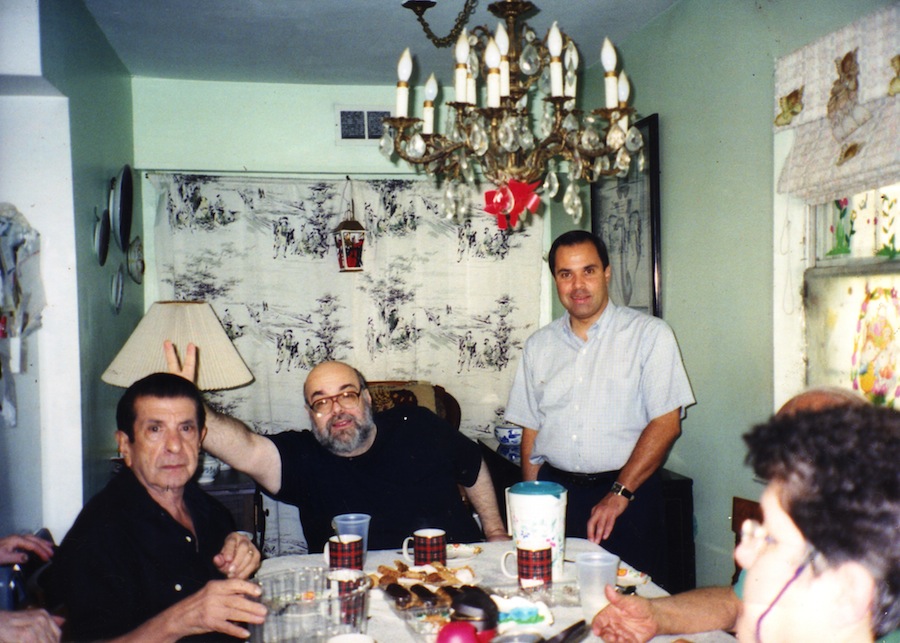 Sadly, in life we take for granted so many people like my cousin [Richard Menello] who touched so many lives in a positive way and we assume that these people will always be around to support us. Richard’s untimely passing on March 1, 2013 was not only shocking to our family but to hundreds of friends and neighbors who loved and welcomed Richard into their hearts over the years. The people who truly knew Richard could honestly say he was an unpretentious man who cared very little about fame and fortune and how people would remember him after he was gone from our lives.

My cousin was a man who always saw people’s good side regardless of who they truly were. I guess you could say he was a kid at heart and just saw the world the way he wanted it to be – loving and peaceful. My family and Richard’s true friends are infuriated that a few who claimed to be friends took the opportunity of my cousin’s passing to highlight his moments of depression over losing his loving father Rocco [Richard] Menello in 1995 and his beloved mother and the matriarch of our family, Lucille Menello in 2007. What person especially an only child, would not grief deeply for their loving parents? These people who did not come from homes with loving parents, but were raised in a rich and cold environments could never understand this kind of grief. Yes, a shift to New Jersey was hard for him and the isolation was tough for this genius mind, but in this period he did an enormous amount of research for future screenplays and corresponded continually with movie directors and actors over their films. My father and I would go out to New Jersey twice a month to visit my cousin and Aunt Lucille and Richard would take great pleasure engaging my father in a loving argument over any issue that would come up. Richard had the ability to face adversity as an opportunity to grow stronger, and as a result, he did.

My only wish is before these misguided people voice their lopsided opinions of my cousin; they should take some time and speak to the hundreds of people who leaned on Richard for advice and friendship. If they claim to know Richard, they should know he was never afraid of life, but embraced every challenge that came his way and won every time. I would also like to remind these so-called friends to please think back to their own lives and remember if Richard Menello had never crossed their path where would most of them be without my genius cousin guiding their way to very successful careers.

I have fond memories of my cousin especially at Christmas time; Richard would always look forward to spending Christmas with my family. I remember how my mother would enjoy his comments about her great cooking and all the food my mother packed for him to take home for the week ahead. At the table it was always a battle between my father and Richard about who could talk the loudest and Richard always won!! During Christmas 2012, which would become Richard’s final holiday with us before his passing in March, he seemed cheerful and talkative and in good health. He spoke about his bright future in the film business and the movies that he was working on. I am thankful for these happy memories he left behind for all of us to remember and support us in this difficult time.

My family and I were shocked and touched so deeply by the out pouring of support we received from all his friends at his memorial service on March 5, 2013, when hundreds of people came to the funeral home to pay their last respects to my cousin. Richard never boasted about his life or the many friends he had, so to meet all these wonderful people and hear their stories was not only moving but so very touching. I learned so many wonderful things about him and how he touched so many lives in such a positive way; it still moves me to tears even to this day. I will never be able to express my thanks to all his many friends and supporters. Many people in the film business felt that 2013 was going to be the year for him to shine in his own right. Sadly he will never get to see his work come to fruition, but we will try to carry on his legacy.

I would like to take this opportunity to thank all his friends and neighbors from a very special place in Brooklyn known as Ditmas Park, where my cousin was treated like their local hero and family. I will be eternally grateful to all the wonderful people who made his last years so loving and special. He truly loved all of you so much.

We all take comfort in knowing that Richard is in God’s hands now and at peace. Please never forget this loving soul who touched our lives if not for one brief shining moment. Richard loved life and would have wanted all who loved him to enjoy every moment. Please remember Richard from this point on with a hardy laugh and not with tears. Thanks for the memories; we were truly blessed to have had you in our lives Richard. Rest in Peace.