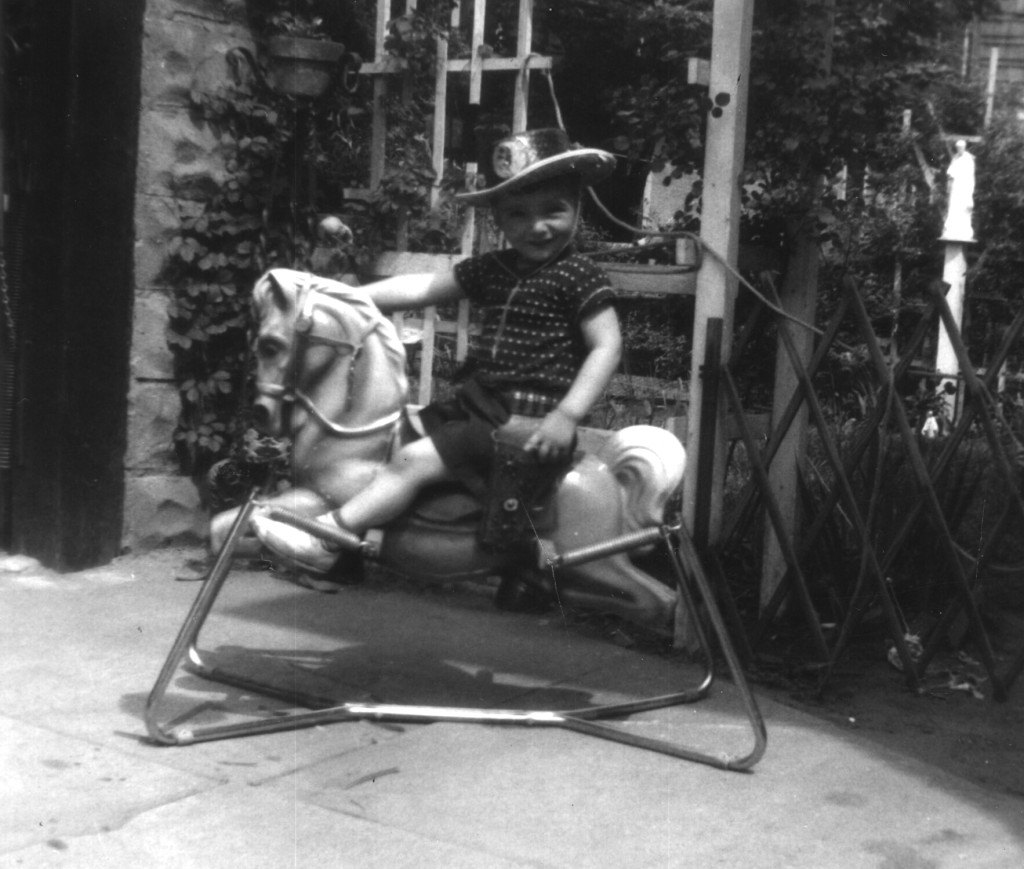 When Richard was young, he was always in motion. He loved the rocking horses that were popular at the time. His mother Lucille bought several of them because he would just ride on the horse wildly until it broke, and she would have to replace it with a new one.

When I first came to visit the Giordano family before marrying my husband Patrick, I would notice Richard riding endlessly on the horse. The only odd thing about it was that he seemed to be screaming “Fuck! Fuck! Fuck!” as he rode. At first I thought he was saying something else, but when I asked Lucille about it, all she would say was that he was mimicking the sound of the screeching springs of the horse, not cursing.

I listened again another time, and it was clear he was saying fuck! I asked Pat, and he just laughed and said, “Ask Richard.”

So after a long riding session, Richard came over to me, and I finally asked him why was he saying fuck as he rode. He just looked at me, smiling broadly, and said, “Because I like the word!” He was devilishly mischievous. The next time he jumped on the horse, he seemed to be screaming the word fuck even louder, as if he was proud of getting away with continuously yelling out a swear word.

Years later, the rocking horse would be replaced by a rocking chair. He stopped yelling out swear words but would rock endlessly in his chair while listening to music or watching television. Richard couldn’t sit still. Even when still, he was always in motion inside.

I never quite met anyone like him. His intelligence, energy, and quiet warmth will always be missed.