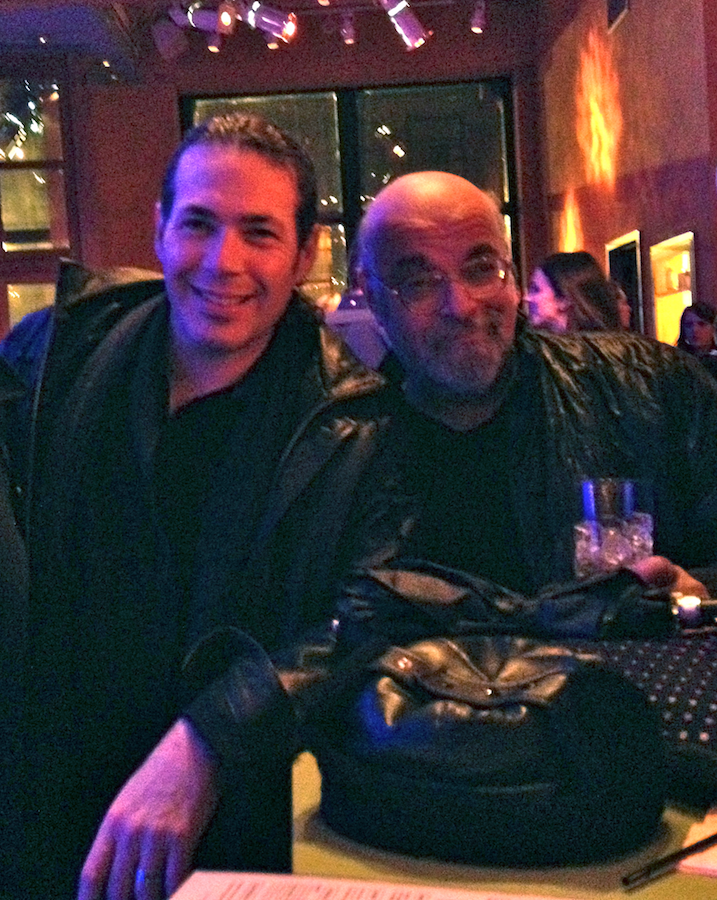 Ric Menello’s legacy will be his filmmaking and not his apartment. It’s an enduring testament to Ric’s multifaceted humanity that he had many collaborators and I was fortunate enough to be one of them. From the time that we co-wrote and then co-directed the Beastie Boys videos and on through numerous writing experiences, Ric’s voluminous knowledge of film, literature and life were a treasure trove of inspiration. Although I went to NYU to study film, my real movie education started as one of the many acolytes who worshipped at the alter of the Weinstein front desk from midnight to 8, five days a week when Ric was working. That’s where films were discussed, dissected, examined and reinvented. Best of all, if you were drunk enough or stalwart enough to stay up until 4:30am you got the unrivaled treat of watching The Abbott & Costello Show with Ric Menello. It gets no better than that. Those who were there know exactly what I’m talking about. Many aspiring filmmakers both famous and not so well known drew from Ric’s cinematic gumbo.  That was one of the great things about Ric. He didn’t care if you were famous or not. He talked to everyone as his many friends in Ditmas Park know.

For the many years that I went over Ric’s house to write, I was welcomed like family. Ric’s mother Lucille would make enough food for an army. What you couldn’t finish, she sent home with you. Ric and I would eat, then write, and then watch a movie. Watching a movie with Ric was a sublime experience. He gave you the history of the film. He imitated the voices of all the actors. He explained why the movie mattered. He would agree with you and disagree with you and laugh about it. That’s how Ric and I wrote many films, some of which actually got made. We were friends first and collaborators second.

Ric had some problems but who wants perfection in their film gods anyway? He was a good and gentle soul. I’m glad to see Ric remembered so well by so many people. He deserves to have articles written about him. He deserves a piece in The New Yorker. I’m not sure why James Gray, a more recent collaborator of Ric’s, decided to spend half of the article talking about Ric’s apartment or his personal hygiene when there was so much more to him than that. In the final analysis, who cares? The many people whos lives were enriched by Ric, who were inspired by Ric and who cared about Ric, know what made Ric special. It wasn’t his darkness. It was his light. Ric would probably end this little piece with a brilliant quote from Orson Welles delivered in a flawless imitation. I’d rather just end this with a quote from Ric: “Dubin, get over here, we’ll eat, we’ll write, we’ll laugh like men!”