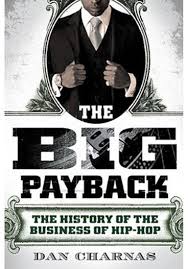 Some of you, who read “The Big Payback,” will understand how important Ric Menello was in the early development of Def Jam and of its founder Rick Rubin’s aesthetic, namely “high-low”: art that seems aimed at the “cheap seats” but is executed with incredible intelligence and flawless form. He co-directed The Beastie Boys’ “Fight For Your Right” with Adam Dubin, itself a high-low masterpiece. A stupid house party scene, right? Yet it was based on a similar scene from “Breakfast At Tiffany’s.” You can see Menello yourself in “Tougher Than Leather,” which he also co-wrote. Wish I could show you the hilarious promo videos he did for Rick in the early days of Def American. Rick loved that joke: Menello reading from a “prepared statement” by Rick (really, by Menello), while Rick stood behind him, mute, nodding.  I was lucky enough to spend quality time with Menello in the last few years — over split pea soup at Cozy’s, very appropriately. And I will honor the memory of the man by saying the wrong thing in defense of the right, refusing to do tepid things to please people who don’t care anyway, and loving how imperfect beings create art that attains perfection anyway.